“For me, art means creating something that lasts forever. I’m also fascinated by the thought of painting something now and having someone standing in front of it a hundred years later when I’m long gone.”

Liridon Sulejmani was born in Kosovo in 1991 and came to Switzerland as a refugee at the age of six. With his art, he is depicting his dreams while at the same time he unconsciously is processing his past.

As a refugee in Switzerland

Liridon’s childhood was rather particular. Quite young he lost his father and then came to Switzerland as a refugee. For ten years he was considered an asylum seeker in Switzerland and had a refugee status. It was not until he was 16 years old, 10 years later, that he was allowed to travel back to Kosovo once again.

Even during this difficult time, Liridon painted and drew in his spare time. After his commercial apprenticeship, it was only by chance that he ended up studying art. Until then, he did not know that studying art was possible. In his environment, he had never heard that this could be an option.

He successfully completed his studies in fine arts at the F+F School of Art and Design in Zurich in 2014. During this time, he started creating video art as one of his first attempts to express his past and his story.

Dreams as a source of inspiration

As a final project from his studies, Liridon kept a dream diary for four months. He was always dreaming a lot, but until that point, he never really paid attention on the content of his dreams. Through the dream diary, he started elaborating further on his dreams. To this day, this dream diary is the inspiration source of his paintings. Often a painting is simply an impression or a feeling coming from his dreams.

Different elements like the brain, the heart, or teeth, which stand for life and death, can be seen on many of Liridon’s paintings. Pairs of eyes are also often seen. All these elements are coming from his dreams.

“In the dreams you can see a person and often, I recognize that person. But this person is looking totally different than normal. That’s why my paintings often have several faces.”

Primarily Liridon is making art for himself. But if someone likes it or is moved by it, then this gives him an extra feeling of satisfaction and a general confirmation of his work.

The painting technique that Liridon is using, is a rather practical decision. Liridon likes to paint quickly and uses mostly acrylic paint because it simply dries quicker. He also uses oil pastel colors and sometimes color-sprays on his paintings.

If the budget allows it, he paints on a canvas. It can also happen that he paints on cardboard or paints a canvas on both sides to save money. For him, it doesn’t matter what you paint on, as long as you paint.

“Before I start painting, I have the image in my head, and I know how it should look like at the end.
When I reach that point and I feel that it is finished, only then it is finished.“

Liridon is usually naming his paintings after the date of when he had the dream that inspired him.

One of his collections, which was recently on display at an exhibition at Oxyd , is called Traum (A). In German “Traum” means dream, and he therefore used this word to emphasize the source of his inspiration. By adding an “A” at the end, he played with the words and created the word “trauma”, which is also connected to this collection, as he unconsciously processes his trauma from his past during the creation process of this collection.

Liridon wants to continue making art, in order to discover more about his past and to process what this brings along with it. Additionally, by continuing, he fulfills his aim to inspire people from Kosovo or people with a similar past with him to make art as well.

Unfortunately, Liridon had moments in his life where his origin was not perceived positively. For example, once he was talking with an elderly couple about his arts and his paintings for quite some time. But when the couple learned his name, they turned away and left. “These situations unfortunately still exist in this day and age. However, I don’t let myself be distracted by such events and continue to go my way,” Liridon emphasizes.

Liridon is satisfied when people realize that “someone called Sulejmani and comes from Kosovo can also make art.”

My friends give me support

“My friends help me with projects and are always there for me when I have questions. I really appreciate that.”

Liridon is an only child. As a result, he has a close bond with his friends. Not only in his personal life, but also in relation to his art. They support him in the process and are the first to see his paintings.

“Positively egoistic® means for me being egoistic and perhaps neglecting my friends and spending time at my atelier painting, focusing only on myself. But then, I step out of it and show them (my friends) and the world what I painted, and this way give something back.” 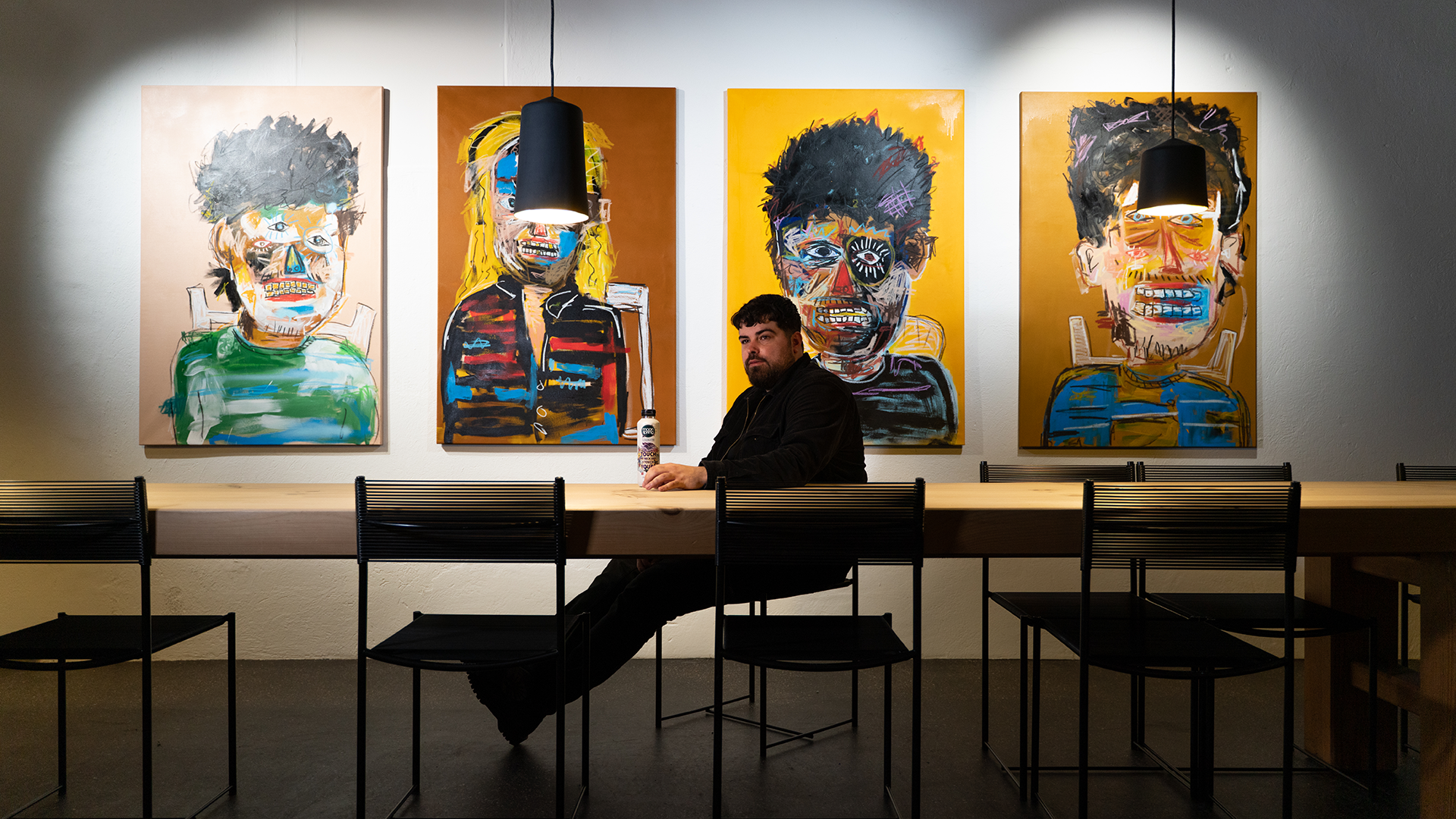 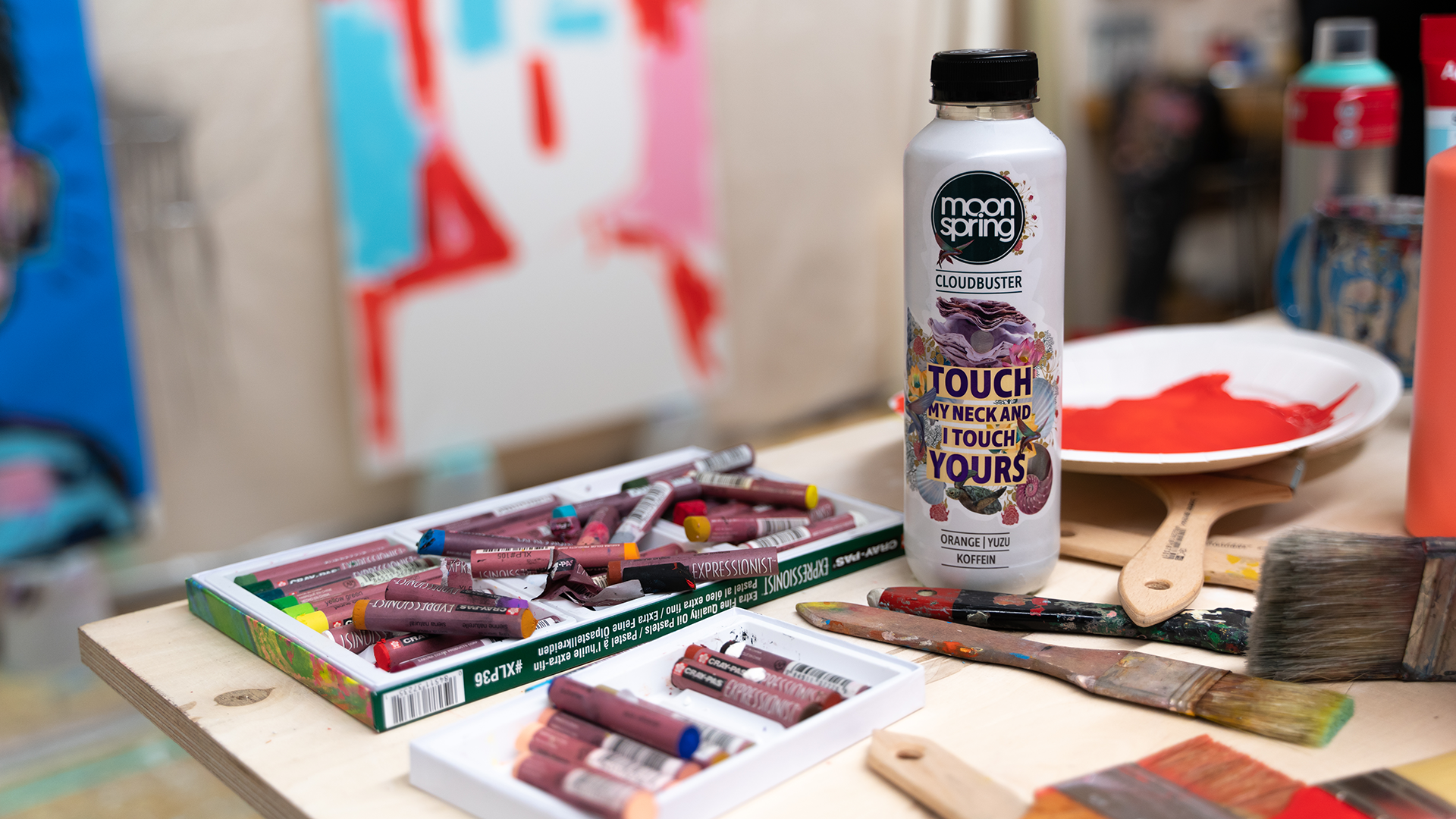 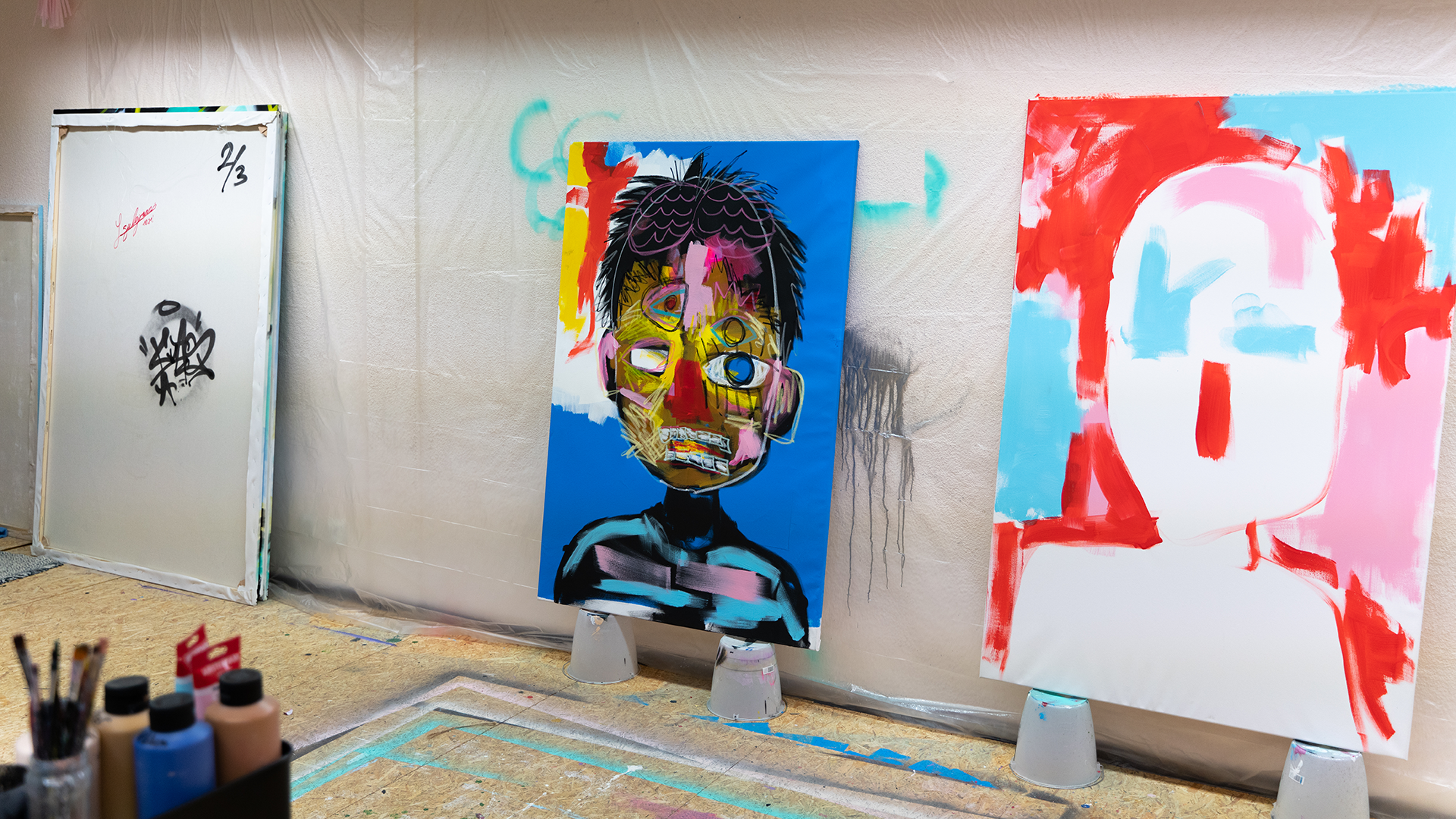 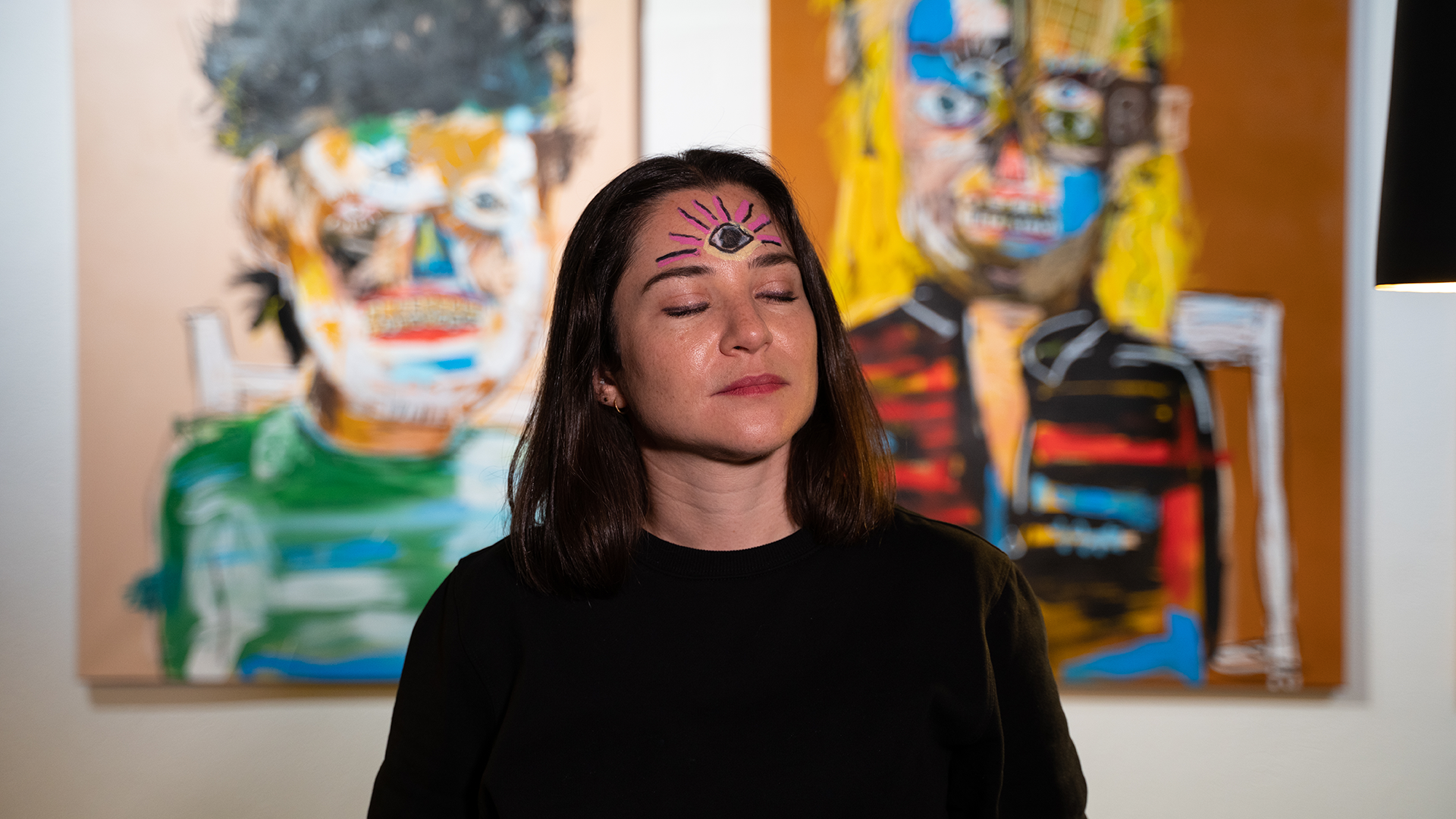 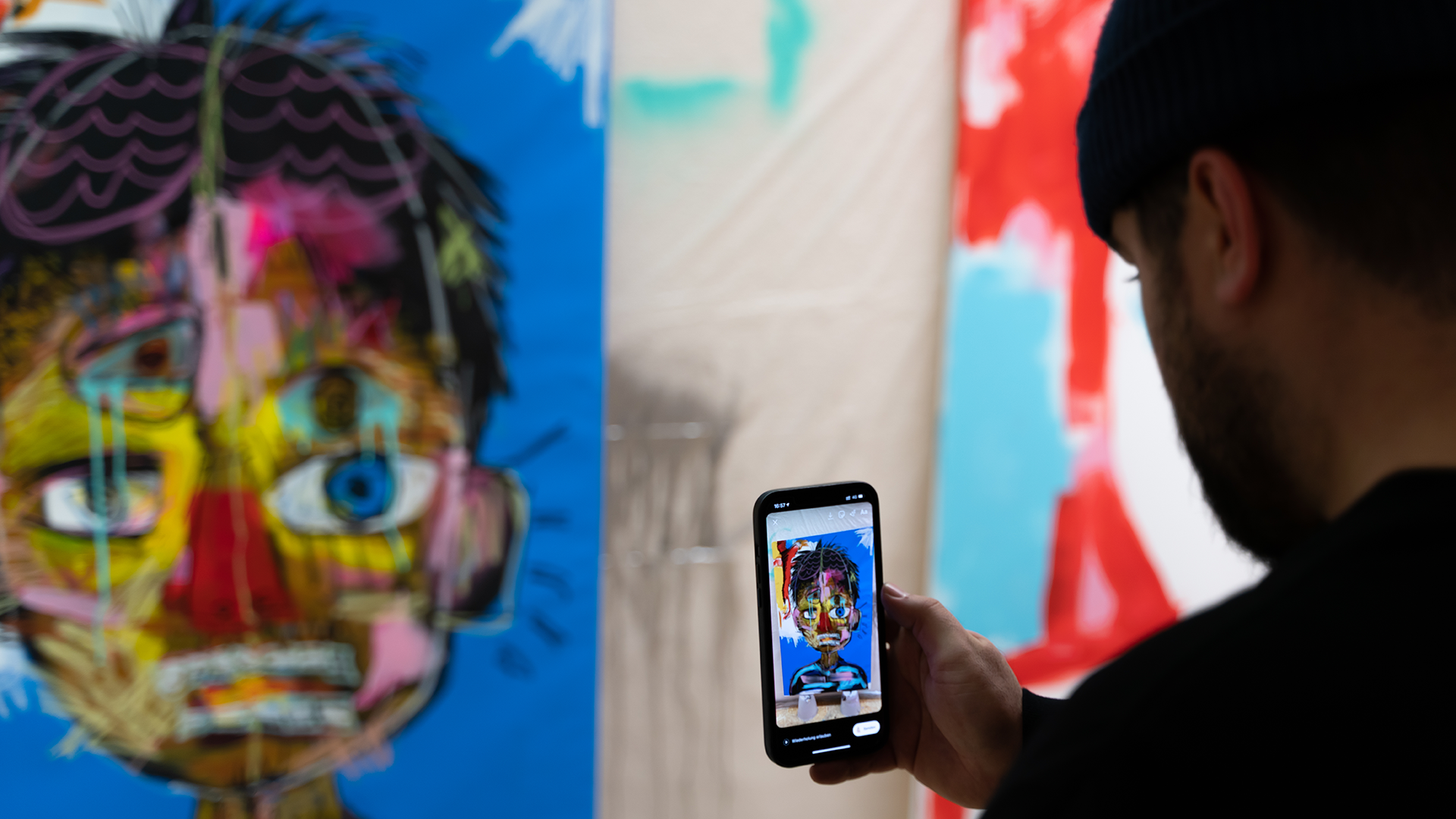 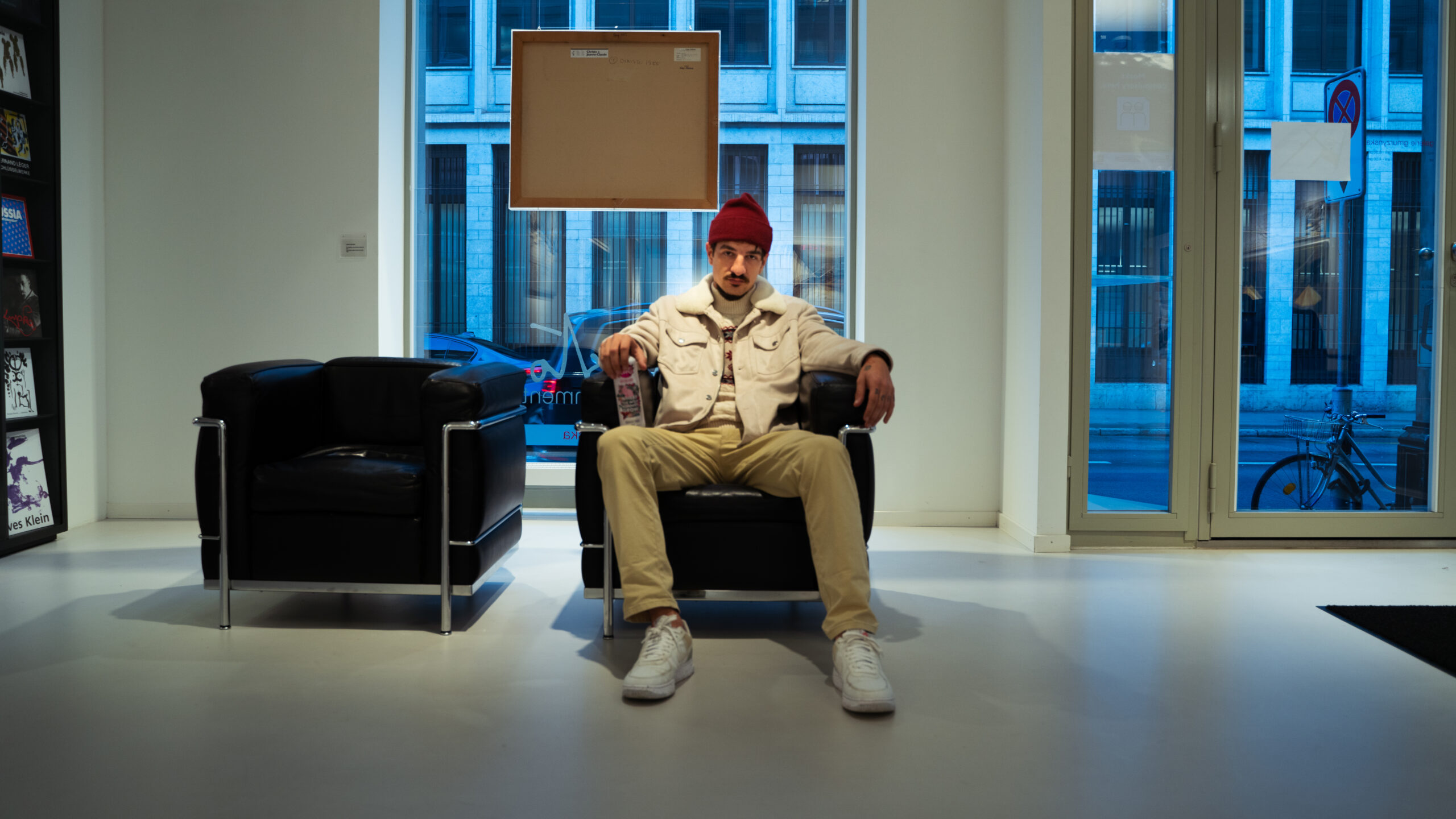 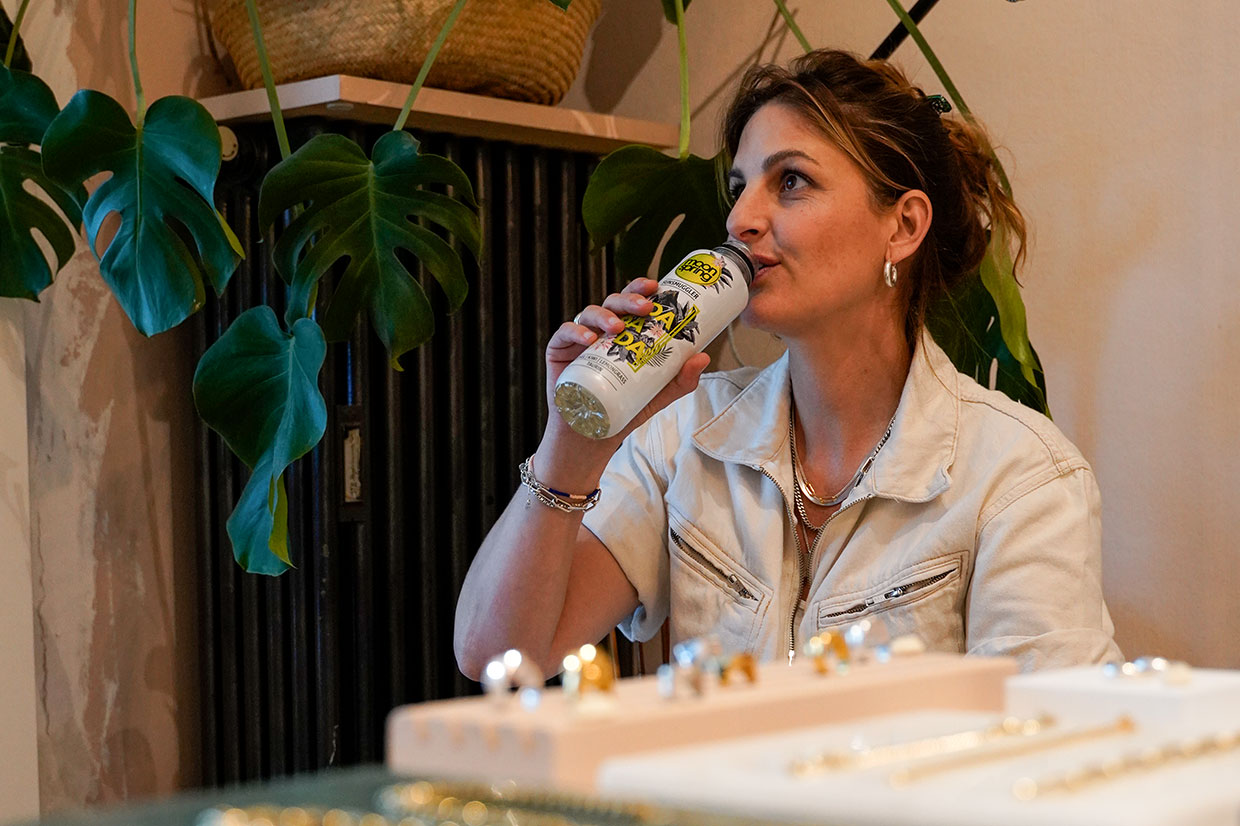